The Vault of Contemporary Art

Ben Johnson says that his paintings “celebrate everything that I think is great in architecture and engineering. Not the ego of the architect, but the ambitions of architecture.“ Often confused with photorealism, his paintings explore complex perspectives, often constructed from impossible viewpoints, and sometimes depict lost buildings.

With their crystalline light, carefully chosen framing, and solemn solidity, they depict the powerful underlying geometry of the structures Johnson most admires. Devoid of people but nevertheless commemorating social places, his paintings seem timeless – perfect spaces in the Renaissance tradition of the ‘ideal city’. Together, they tell a history of architecture from Johnson’s unique viewpoint.

Johnson studied at the Royal College of Art in the 1960s, when it was based at the V&A, and his work is inspired by the museum’s collections. The paintings in his Perfect Spaces retrospective depict the Dome of the Rock, the Alhambra, the Crystal Palace, the HSBC Building, and the Neues Museum, each in its own room, whilst two others explore Johnson's artistic process. These works are the result of intense architectural study, built up slowly over many months of observation and drawing, often combined with digital technology. Visitors can learn about the buildings they depict, and the artist's techniques, in short films and a behind-the-scenes tour of his studio.

Curated by Christopher Turner, Keeper of Design, Architecture and Digital at the V&A, the exhibition marks the opening of the Vault of Contemporary Art (VCA). The gallery sits virtually in the V&A’s John Madejski Garden and was designed by Make Architects.

Ben Johnson was born in Llandudno, Wales, in 1946. He studied at the Royal College of Art (RCA) and has lived and worked in London since 1965.

His first solo exhibition was at the Wickersham Gallery in New York, in 1969, immediately after graduating from the RCA. He is best known for his paintings based on architectural spaces – some almost forensically accurate, others heavily manipulated – and his large-scale, intricately detailed cityscape paintings, which include panoramas of Hong Kong, Zürich, Jerusalem, Liverpool and, most recently, his view of London which was completed as part of a residency at the National Gallery, London, in 2010.

Over the past 46 years he has exhibited widely in galleries and museums across the world, including the Institute of Contemporary Arts, London; the Walker Art Gallery, Liverpool; the Art Institute of Chicago; Kunsthalle Tübingen; and the Museo Thyssen-Bornemisza, Madrid. At the first Venice Architecture Biennale in 1991, Norman Foster portrayed his work solely through Johnson's images, and he included him again in his 2012 Biennale installation. Johnson’s work was part of a travelling exhibition which toured museums in Europe from 2012–2017, with several venues achieving record visitor numbers. The first retrospective exhibition of his paintings opened in September 2015 at the Southampton City Art Gallery.

Johnson has for years been an Honorary Fellow of the Royal Institute of British Architects (RIBA), for his contribution to the public’s understanding of contemporary architecture, and in 2015 was made an Honorary Fellow of Glyndwr University, Wales, for services to the public appreciation of the arts. In 2017 he was made a Member of the Royal Cambrian Academy in Wales. He has undertaken commissions for the RIBA, the British Museum and National Museums Liverpool, as well as for IBM, HSBC, JP Morgan, British Steel, Hong Kong Telecommunications and many others.

His work is included in the permanent collections of museums worldwide, including the Victoria & Albert Museum, London; the Centre Pompidou, Paris; the Museum of Modern Art, New York; the Regional Services Museum, Hong Kong; and the UK’s Government Art Collection.

A selection of screenshots taken inside the virtual gallery space.

‘Perfect Spaces: Paintings by Ben Johnson’ launched at the Vault of Contemporary Art with a panel discussion chaired by Tamsie Thomson, Director of the London Festival of Architecture. The panel explored the future possibilities of virtual exhibitions, the challenges of educating and entertaining museum audiences digitally, and the lessons of lockdown.

A selection of artworks featured in the exhibition 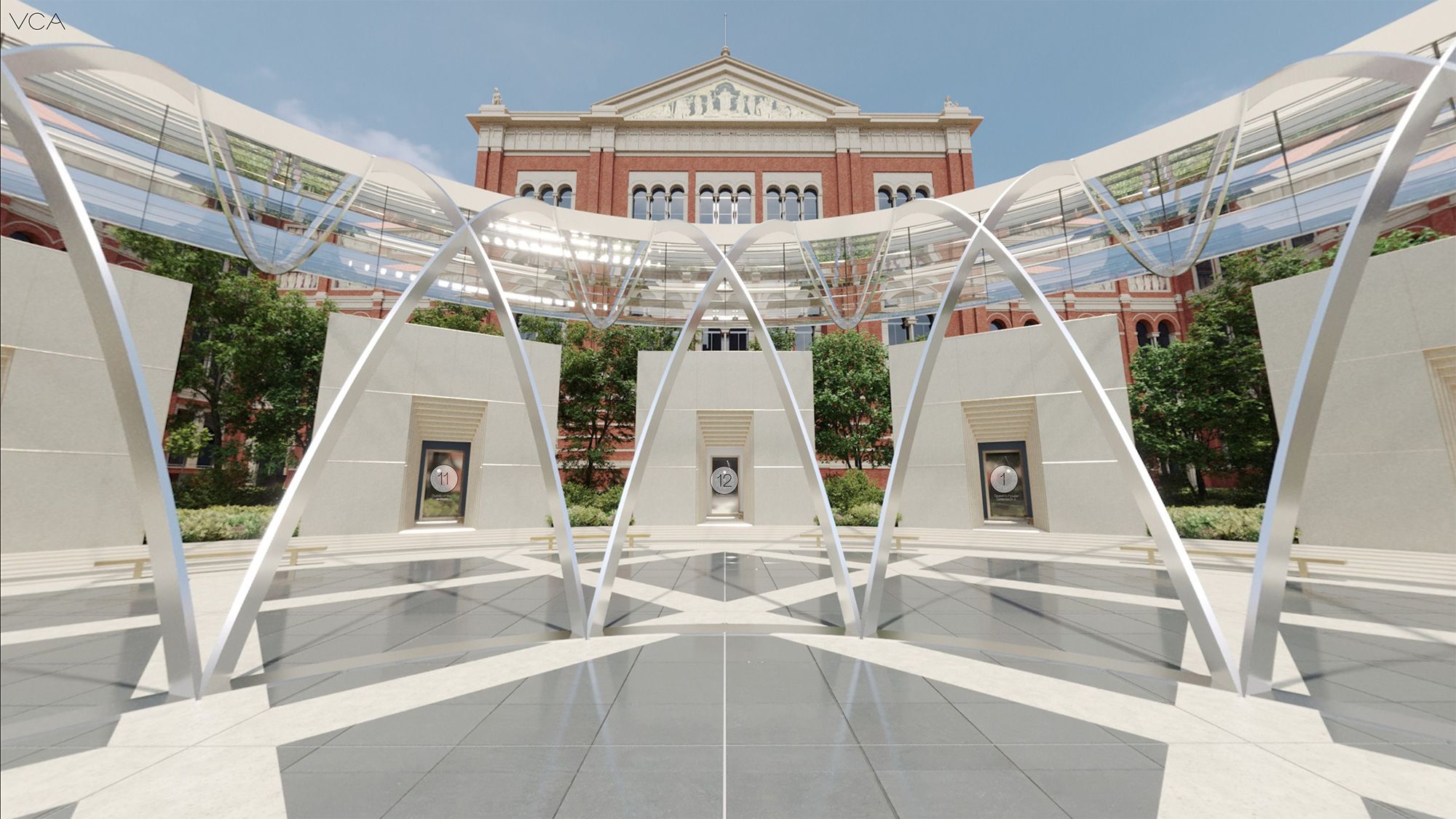 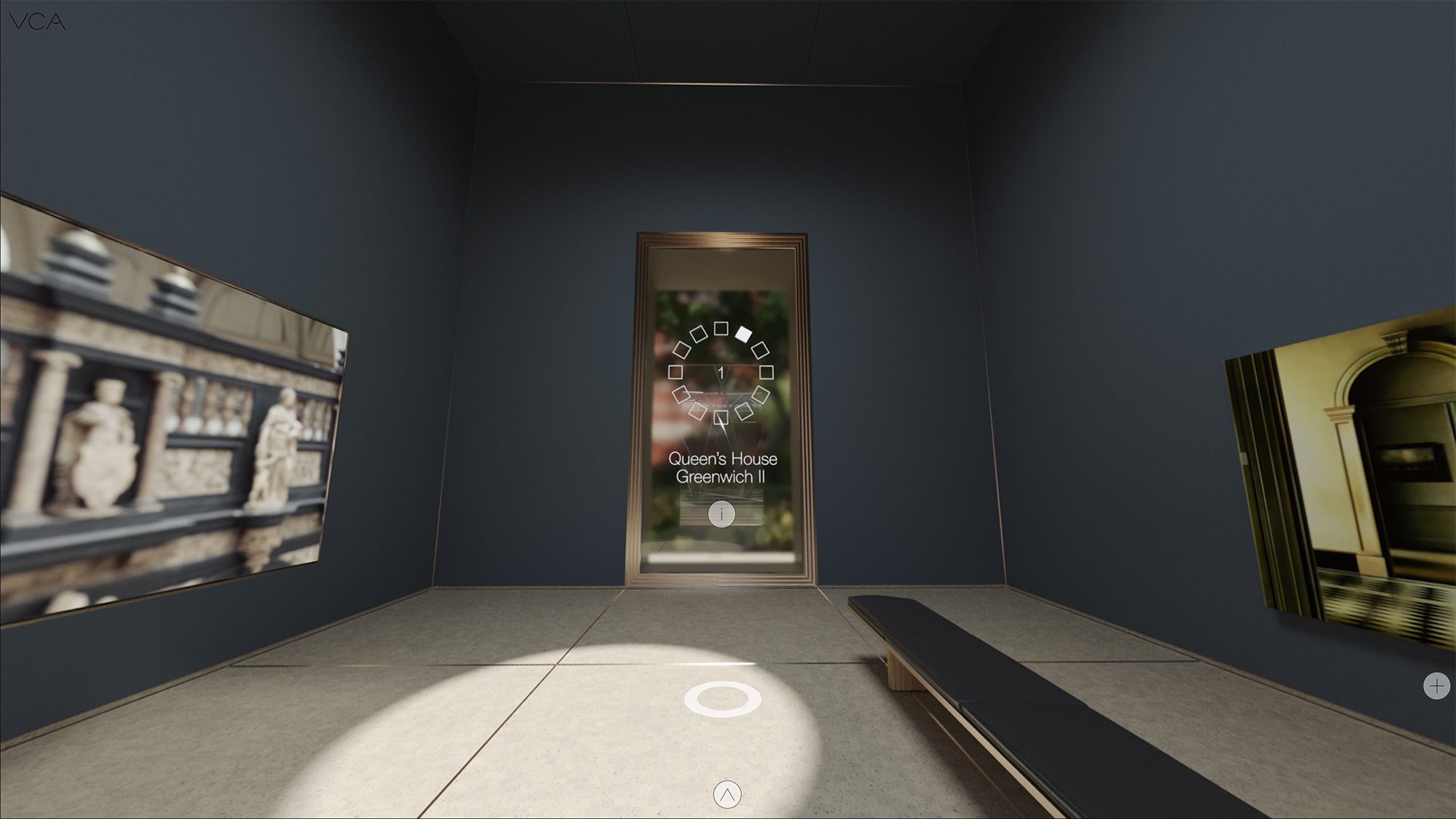 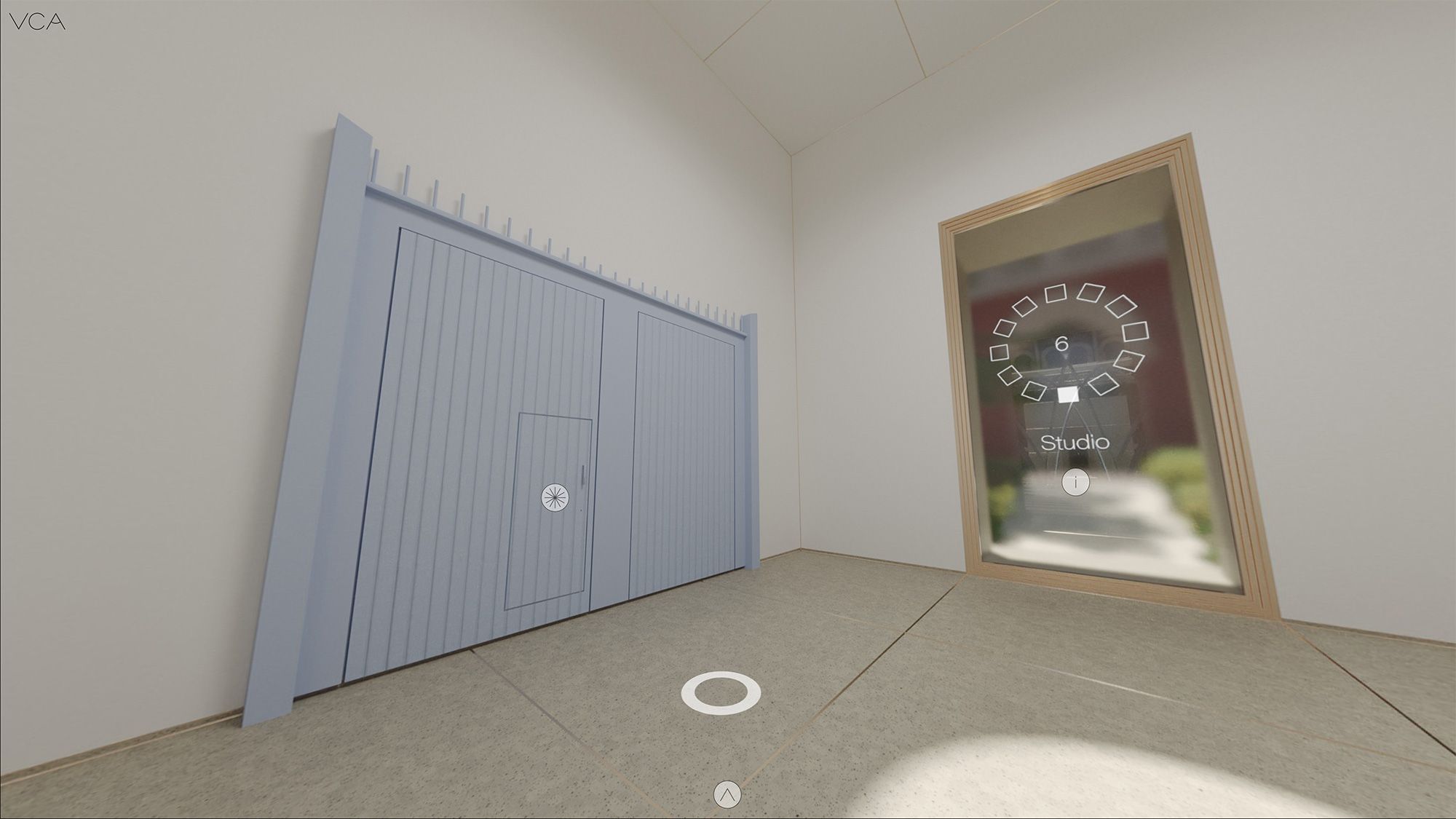 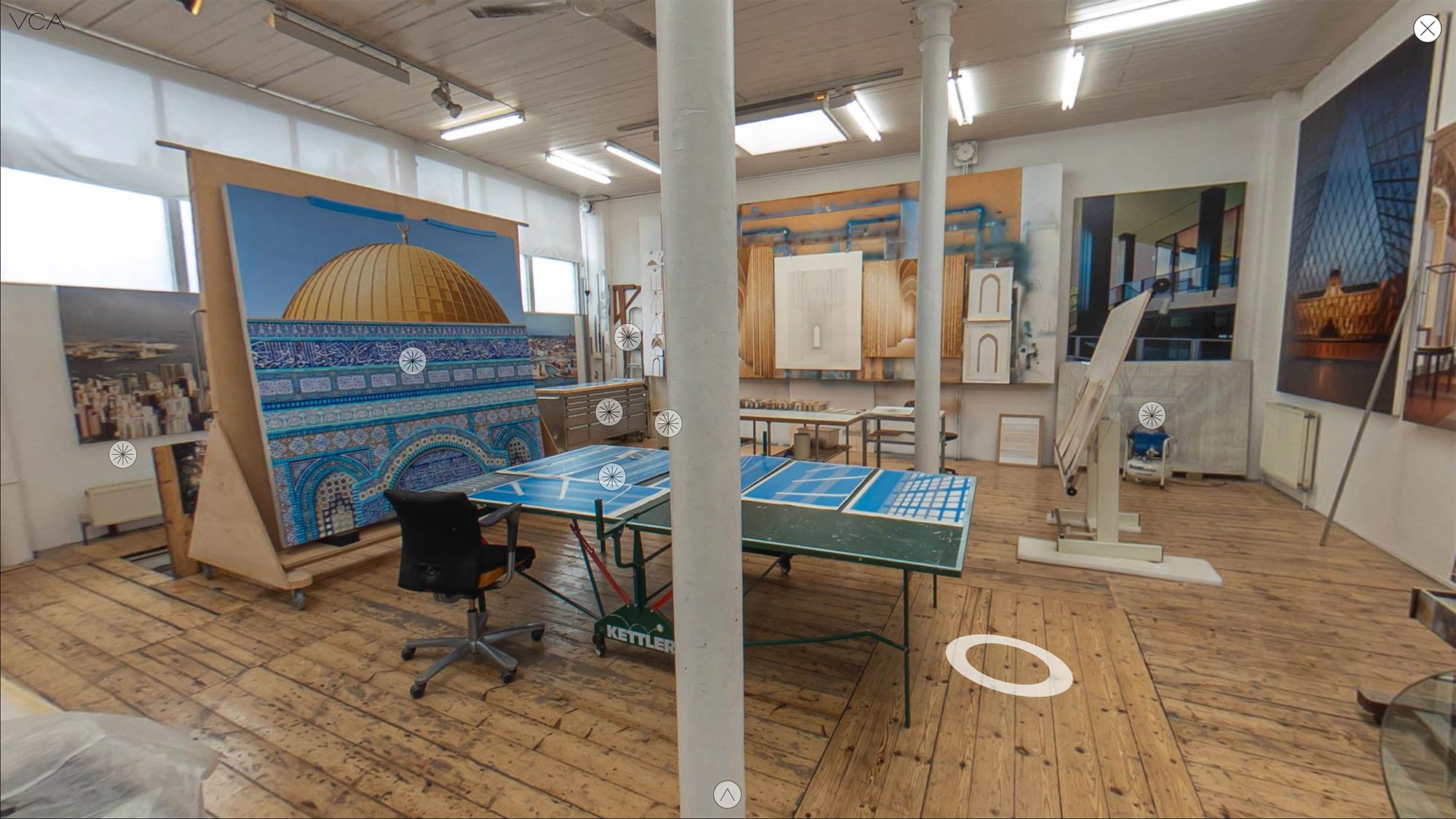 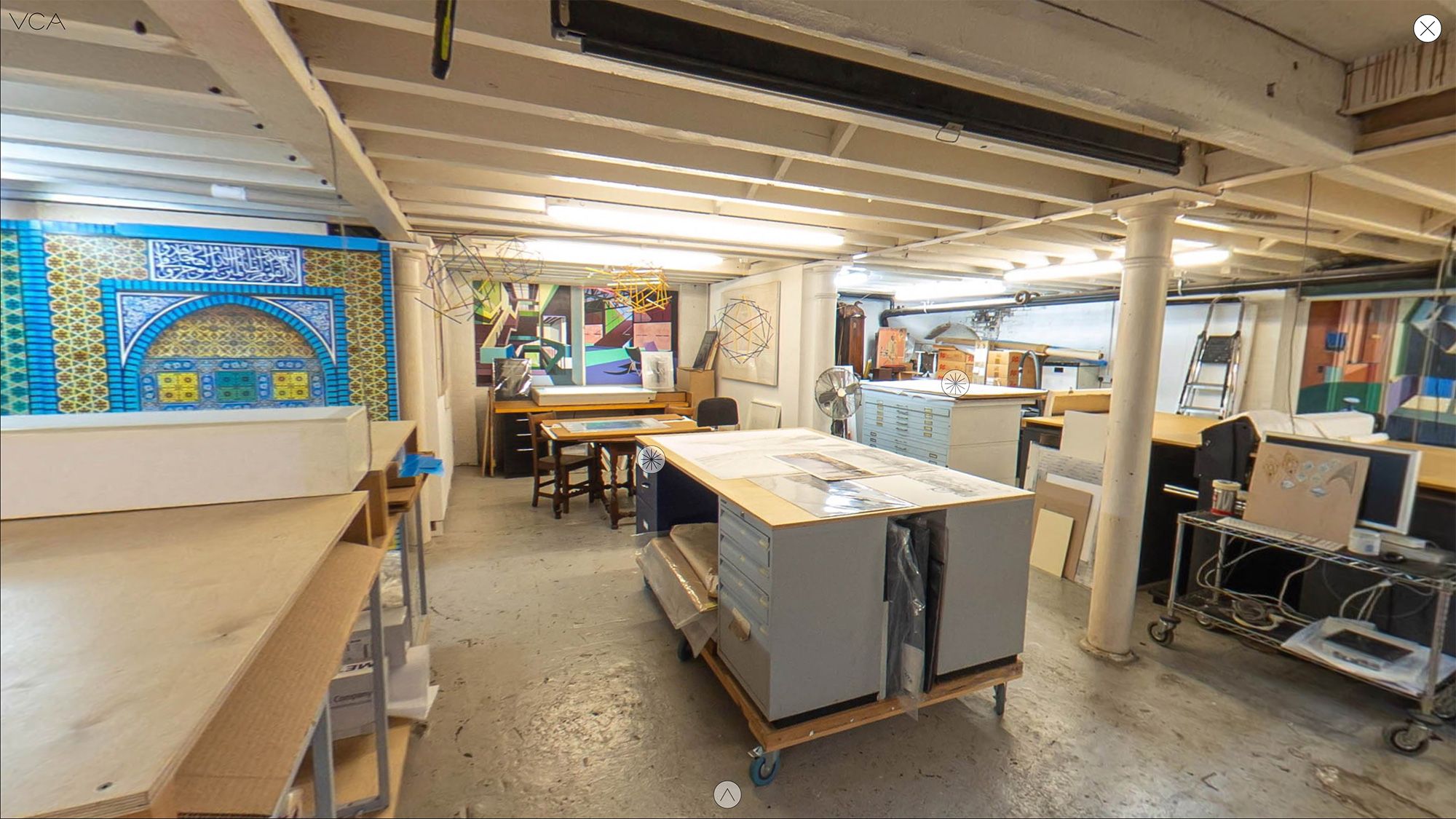 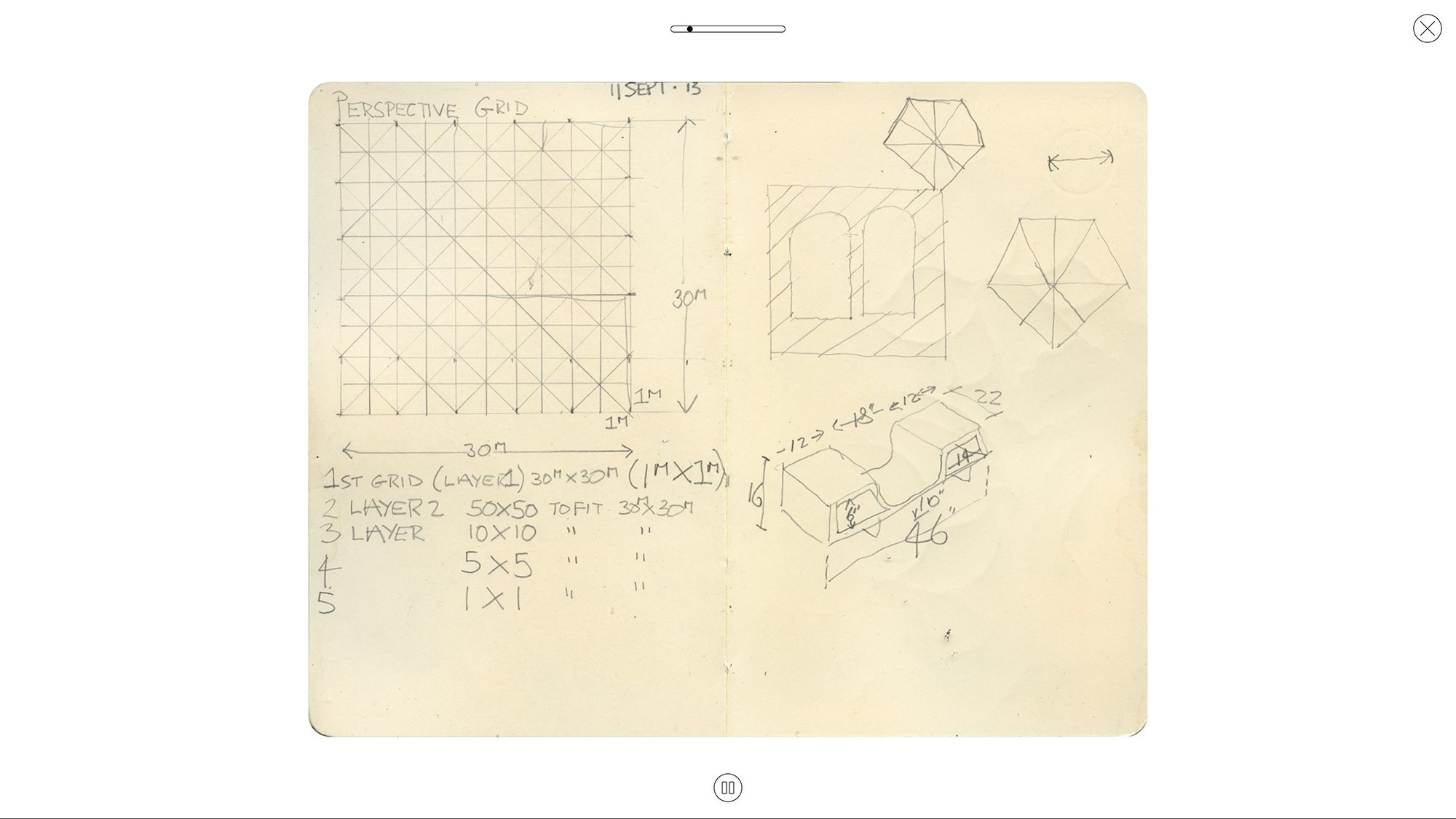 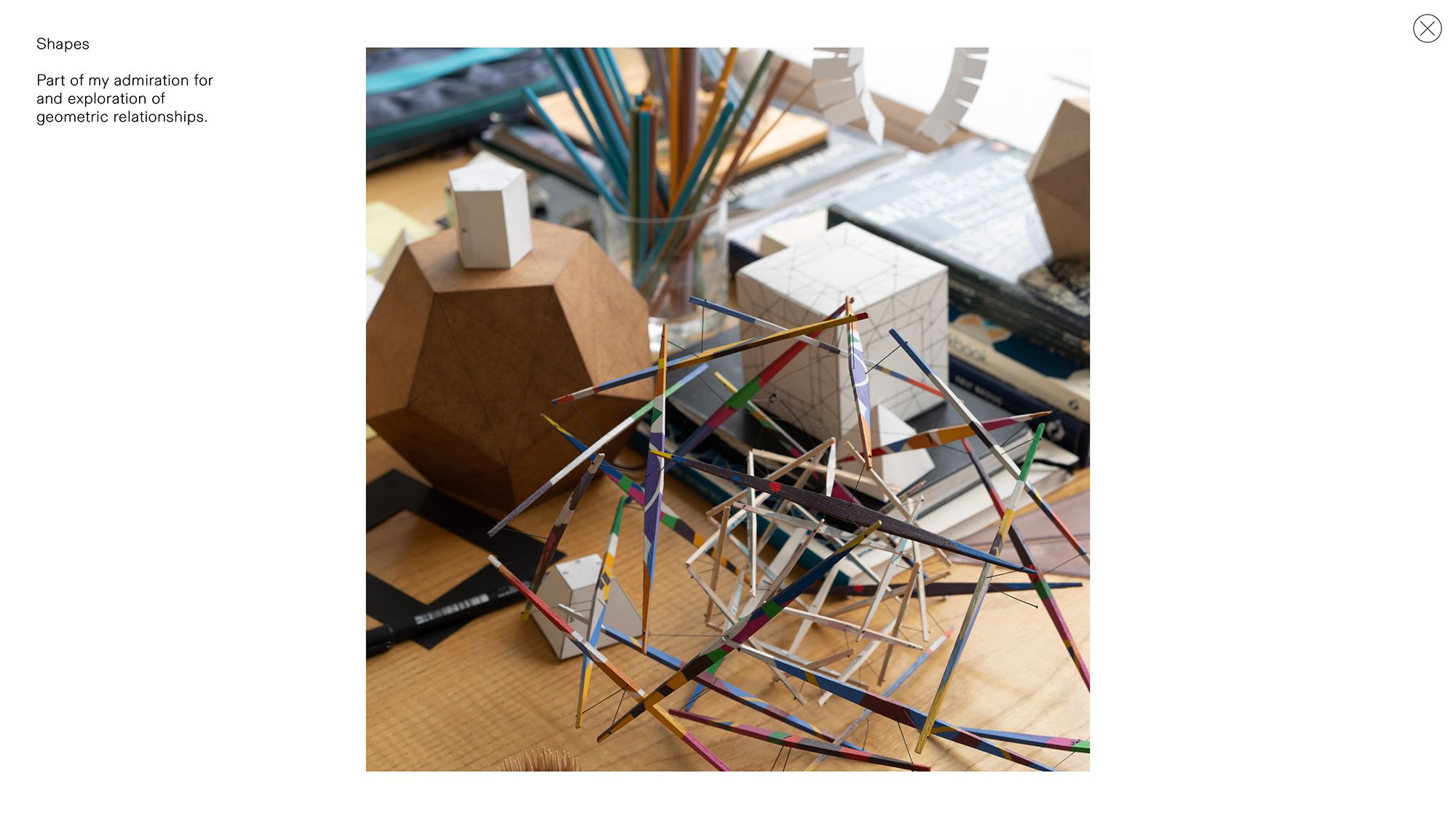